I Am Action: Literary and Combat Articles, Thoughts, and Revolutionary Chronicles (Paperback) 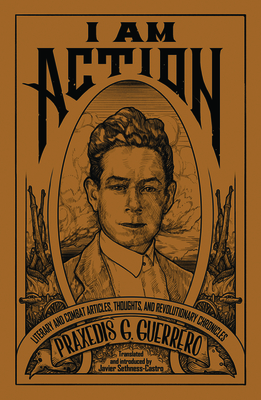 "Without vacillation, I can say that Praxedis was the most pure, most intelligent, and most selfless man--the bravest when it came to the cause of the dispos-sessed." --Ricardo Flores Mag n

Praxedis G. Guerrero was born into a wealthy family in Guanajuato, Mexico, in 1882. While still a young man, he renounced his inheritance, claiming that he would rather earn his meals through manual labor than secure them by exploiting his fellow human beings. Within less than a decade, he was a central figure in the transnational revolutionary network established by the Organizational Council of the Mexican Liberal Party (PLM), which was dedicated to deposing the dictator Porfirio D az and promoting anar-chist revolution throughout Mexico. He was killed in battle at the age of twenty-eight in 1910.

Guerrero was also one of the most prolific and talented revolutionary writ-ers of his era, penning numerous articles that were known for both their literary style and their polemical force. In this volume, editor and translator Javier Sethness-Castro has collected a wide range of Guerrero's work for the newspapers Revoluc on, Punto Rojo, and Regenerac on, most of them appear-ing for the first time in English. This edition also includes a biographical introduction and helpful annotations throughout.