Leonardo’s Paradox: Word and Image in the Making of Renaissance Culture (Hardcover) 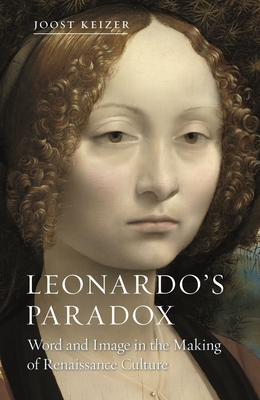 Leonardo da Vinci (1452–1519) was one of the preeminent figures of the Italian Renaissance. He was also one of the most paradoxical. He spent an incredible amount of time writing notebooks, perhaps even more time than he ever held a brush, yet at the same time Leonardo was Renaissance culture’s most fanatical critic of the word. When Leonardo criticized writing he criticized it as an expert on words; when he was painting, writing remained in the back of his brilliant mind.

In this book, Joost Keizer argues that the comparison between word and image fueled Leonardo’s thought. The paradoxes at the heart of Leonardo’s ideas and practice also defined some of Renaissance culture’s central assumptions about culture and nature: that there is a look to script, that painting offered a path out of culture and back to nature, that the meaning of images emerged in comparison with words, and that the difference between image-making and writing also amounted to a difference in the experience of time.

Joost Keizer is a senior lecturer in art history at the University of Groningen in the Netherlands. His previous books include The Realism of Piero della Francesca; The Transformation of Vernacular Expression in Early Modern Arts, coedited with Todd Richardson; and a book for young adults, This Is Leonardo da Vinci, with the illustrator Christina Christoforou.

"Keizer’s rewarding book is, in essence, an extended investigation of—and meditation on—the interrelation of words and images in Leonardo’s notebooks and paintings. . . . Keizer’s unfolding of time in Leonardo’s work is perhaps the most important part of his discussion, not just for Leonardo, but for the development of Renaissance painting after Leonardo. This is a book to be studied for its revealing insights. Highly recommended."
— Choice