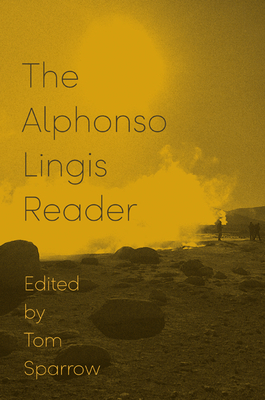 By Alphonso Lingis, Tom Sparrow (Editor)
$25.95
On Our Shelves Now

A selection of the writings of Alphonso Lingis, showcasing a unique blend of travelogue, cultural anthropology, and philosophy

Alphonso Lingis is arguably the most intriguing American philosopher of the past fifty years—a scholar of transience, someone who has visited and revisited more than one hundred countries and has woven this itinerary into his writing and allowed it to give form to his thinking. This book assembles a representative selection of Lingis’s work to give readers a thorough sense of his methodology and vision, the diversity of his subject matter, and the unity of his thought.

Lingis’s writing evinces the many kinds of knowledge and subtle forces circulating through human communities and their environments. His unique style blends travel writing, cultural anthropology, and personal accounts of his innumerable experiences as an active participant in the adventures and relationships that fill his life. Drawing from countless articles, essays, and interviews published over fifty years, editor Tom Sparrow chose works that follow Lingis’s engaging, often intimate reflections on the body in motion and the myriad influences—social, cultural, aesthetic, libidinal, physical, mythological—that shape and animate it as it moves through the world, among people and places both foreign and domestic, familiar and unknown. In a substantial Introduction, Sparrow provides a biographical, critical, intellectual, and cultural context for reading and appreciating Alphonso Lingis’s work.

An extended encounter with the singular philosopher, The Alphonso Lingis Reader conducts us through Lingis’s early writing on phenomenology to his hybrid studies fusing philosophy, psychoanalysis, anthropology, communication theory, aesthetics, and other disciplines, to his original, inspired arguments about everything from knowledge to laughter to death.

Alphonso Lingis is professor emeritus of philosophy at Pennsylvania State University. He is the author of more than a dozen books (including Trust, published by Minnesota) and the translator of several works of French philosophy, including Merleau-Ponty’s The Visible and the Invisible and Levinas’s Totality and Infinity and Otherwise Than Being.

Tom Sparrow is assistant professor of philosophy at Slippery Rock University. He is the author and editor of several books, and coeditor of Itinerant Philosophy: On Alphonso Lingis.

"Here we find Lingis at his most hopeful, even at times humanistic, but in the most original and compelling ways, without sentimentality or superstition."—Tom Sparrow, from the Introduction