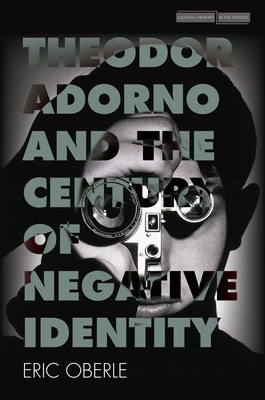 Identity has become a central feature of national conversations: identity politics and identity crises are the order of the day. We celebrate identity when it comes to personal freedom and group membership, and we fear the power of identity when it comes to discrimination, bias, and hate crimes. Drawing on Isaiah Berlin's famous distinction between positive and negative liberty, Theodor Adorno and the Century of Negative Identity argues for the necessity of acknowledging a dialectic within the identity concept. Exploring the intellectual history of identity as a social idea, Eric Oberle shows the philosophical importance of identity's origins in American exile from Hitler's fascism. Positive identity was first proposed by Frankfurt School member Erich Fromm, while negative identity was almost immediately put forth as a counter-concept by Fromm's colleague, Theodor Adorno. Oberle explains why, in the context of the racism, authoritarianism, and the hard-right agitation of the 1940s, the invention of a positive concept of identity required a theory of negative identity. This history in turn reveals how autonomy and objectivity can be recovered within a modern identity structured by domination, alterity, ontologized conflict, and victim blaming.