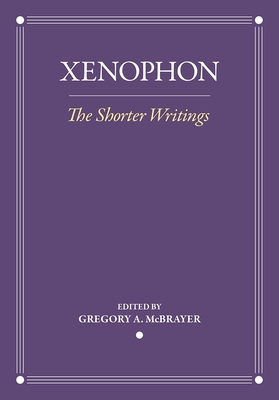 This book contains new, annotated, and literal yet accessible translations of Xenophon's eight shorter writings, accompanied by interpretive essays that reveal these works to be masterful achievements by a serious thinker of the first rank who raises important moral, political, and philosophical questions. Five of these shorter writings are unmistakably devoted to political matters. The Agesilaos is a eulogy of a Spartan king, and the Hiero, or the Skilled Tyrant recounts a searching dialogue between a poet and a tyrant. The Regime of the Lacedaemonians presents itself as a laudatory examination of what turns out to be an oligarchic regime of a certain type, while The Regime of the Athenians offers an unflattering picture of a democratic regime. Ways and Means, or On Revenues offers suggestions on how to improve the political economy of Athens' troubled democracy.

The other three works included here--The Skilled Cavalry Commander, On Horsemanship, and The One Skilled at Hunting with Dogs--treat skills deemed appropriate for soldiers and leaders, touching on matters of political importance, especially in regard to war. By bringing together Xenophon's shorter writings, this volume aims to help those interested in Xenophon to better understand the core of his thought, political as well as philosophical.