The Land of the Elephant Kings: Space, Territory, and Ideology in the Seleucid Empire (Paperback) 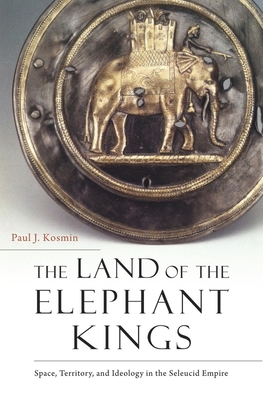 A Choice Outstanding Academic Title of the Year

The Seleucid Empire (311-64 BCE) was unlike anything the ancient Mediterranean and Near Eastern worlds had seen. Stretching from present-day Bulgaria to Tajikistan--the bulk of Alexander the Great's Asian conquests--the kingdom encompassed a territory of remarkable ethnic, religious, and linguistic diversity; yet it did not include Macedonia, the ancestral homeland of the dynasty. The Land of the Elephant Kings investigates how the Seleucid kings, ruling over lands to which they had no historic claim, attempted to transform this territory into a coherent and meaningful space.

"This engaging book appeals to the specialist and non-specialist alike. Kosmin has successfully brought together a number of disparate fields in a new and creative way that will cause a reevaluation of how the Seleucids have traditionally been studied."
--Jeffrey D. Lerner, American Historical Review

"It is a useful and bright introduction to Seleucid ideology, history, and position in the ancient world."
--Jan P. Stronk, American Journal of Archaeology