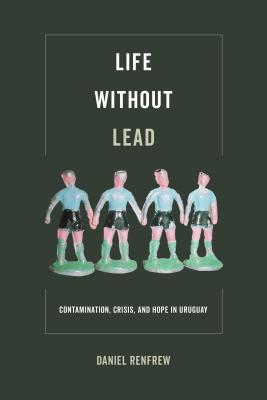 Life without Lead examines the social, political, and environmental dimensions of a devastating lead poisoning epidemic. Drawing from a political ecology of health perspective, the book situates the Uruguayan lead contamination crisis in relation to neoliberal reform, globalization, and the resurgence of the political Left in Latin America. The author traces the rise of an environmental social justice movement, and the local and transnational circulation of environmental ideologies and contested science. Through fine-grained ethnographic analysis, this book shows how combating contamination intersected with class politics, explores the relationship of lead poisoning to poverty, and debates the best way to identify and manage an unprecedented local environmental health problem.

"Beginning in the early 2000s, large numbers of Montevideo residents learned that their health problems had been caused by widespread lead contamination. This volume looks at social, political and environmental factors that the author believes contributed to the problem and influenced how it was dealt with."
— Survival: Global Politics and Strategy

"Daniel Renfrew’s Life Without Lead is an exhaustively researched, imaginatively conceived, and empathetically written ethnographic study of lead poisoning and environmental justice activism in Montevideo, Uruguay. . . . Renfrew has succeeded in producing something much more than spectral social science: he has brought his subject to life."
— Somatosphere

"Whether dealing with working-class nostalgia, urban planning, corporate transparency, or biomedical science, Renfrew underscores the crucial role that un-knowing and non-knowledge play in stories of toxic disaster. . . . Life without Lead will be a provocative and informative text for scholars and students at the ever more crowded intersection of medical anthropology, disaster studies, and the ethnography of toxic worlds."
— Medical Anthropology Quarterly